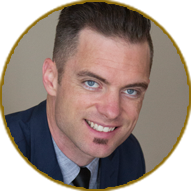 Lead singer Casey Rivers, not only has the down-home spirit of a Texan, but has the voice to match. Born and raised in Lindale , TX , he and his beautiful wife, Doni, and their 4 children now reside in Whitehouse, TX. Casey has appeared with such country legends as Kenny Rogers, Loretta Lynn, Neal McCoy, Sara Evans, Jason Aldean, Big and Rich, and the Gatlin Brothers, to name a few. Casey has performed on the Grand Ole Opry Stage, was runner up on Season 4 of the popular singing competition Nashville Star and, in 2008, Casey joined and toured with successful Christian music group, Beyond the Ashes. While enjoying his successes, Casey’s number one priority is and always will be sharing his Texas-sized heart for ministry through his vocal talent and musicianship.

Tenor, Matthew Hagee, carries on a six-generation legacy of ministry working alongside his father, John Hagee, founding pastor of Cornerstone Church. He grew up singing around the piano with his family and draws from all varieties of musical influences ranging all the way from big band to bluegrass. A graduate of Oral Roberts University School of Business, he is a gifted speaker, accomplished vocalist and the author of “Shaken, Not Shattered” and “Response-Able” (both published by Strang Communications). Matthew is also a true Texan, easily as comfortable trading horses and cattle as he is on a platform. 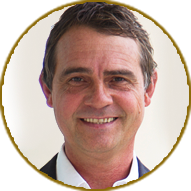 Bass singer, Tim Duncan, is a self-described “quartet man” and he has fans across the globe who agree, evidenced by the Singing News Fan Award for Best Bass he was awarded the first year he was nominated (2006). As one of the original four members of Ernie Haase & Signature Sound, he has been a part of numerous Billboard-topping albums and DVDs, Dove Award honors and Grammy nominations. In 2011, Tim released his first solo album paying tribute to some of his own musical heroes such as J.D. Sumner, Tim Riley, London Paris, George Younce and Rusty Goodman. Tim’s astonishing vocal range and captivating live performances are impressive in their own right, but it’s his passion for ministering and his genuine love of people that has endeared fans for the last 20 years. 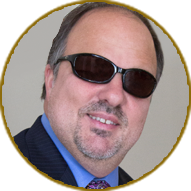 Instrumentalist/vocalist, Gordon Mote, a two-time Academy of Country Music Award winner for Piano/Keyboards Player of the Year (2008/2010), Gordon Mote is one of the most sought-after musicians in music today. He has contributed to recordings by top country artists Keith Urban, Luke Bryan, Miranda Lambert, Blake Shelton, Faith Hill, Brad Paisley and Reba; iconic performers Bob Seger, Lionel Richie, Alabama and Willie Nelson; and leading Christian artists including Matthew West, Selah, Jason Crabb and David Phelps. In addition to his eight solo recordings, Mote has been featured on numerous Gaither Homecoming recordings and videos, and has toured with Trisha Yearwood, the Gaither Vocal Band, and the late Porter Wagoner.